Live sustainably! Use code ECOLOVE for 10% off

Live sustainably! Use code ECOLOVE for 10% off

Critically Endangered Species- what you should know about them

Can you imagine having only 400 of our species alive on this planet? It sounds like a nightmare! Or the last 5500 homo sapiens left? Still a nightmare! Imagine a long human history dating back millions of years, suddenly getting wiped off the face of the planet. We certainly wouldn’t want this to happen to us. But it has happened. Just not to us.  What was once a flourishing ecosystem of marvelous flora and fauna, is now succumbing to deforestation, human-induced climate change, and uncontrolled poaching. The figures mentioned above are the actual figures remaining of the endangered Sumatran tigers and endangered Black Rhinos.  It’s precarious to think that the critically endangered species, especially the Sumatran tigers with their scant numbers of individuals (less than 400) will make it to the next decade. This is just one of the 16,306 endangered species on the list of the International Union for Conservation for Nature (IUCN). Of this, more than 200 subspecies are critically endangered, which means that they will not survive in the wild without our help. The numbers are truly disturbing.  According to wildlife conservationists, climate change, poaching for the illegal trade of animal parts, and deforestation have led these species to the brink of extinction. Here’s a list of endangered animals that are at great risk of disappearing.  With a population of just 5500 as of 2019, the majestic Black Rhino is critically endangered. The Black Rhinos are one of the oldest groups of mammals. In countries like Namibia, they are an important source of income through ecotourism. Protection of Black Rhinos is beneficial to other species such as wild elephants. 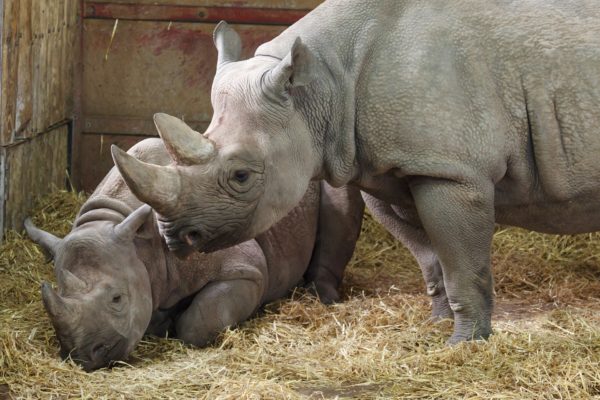 Poaching and illegal wildlife trade of Rhino horns greatly reduced the numbers of the Black Rhino in the 20th century. The WWF is on board with conservation efforts like strict law enforcement to combat wildlife trafficking, rangers to stop poaching and breeding efforts but poaching still remains a major threat to the black rhinos.  Source: https://www.worldwildlife.org/species/black-rhino https://www.instagram.com/p/CCQdCaBnIxT/ We lost the last Northern Male White Rhino in 2018, should we let more of the same species suffer the same fate? Check out this Black Rhino tote bag from our wildlife collection Gone are the days when the subspecies flourished in the Sunda islands in Indonesia. The smallest of the tiger species, they have a unique dark orange coat and thick closer stripes to be able to camouflage in the forest. Now, there are as few as 400 Sumatran tigers holding on for survival. With poaching and deforestation being an ever-present threat, tigers in Java and Bali are already extinct. 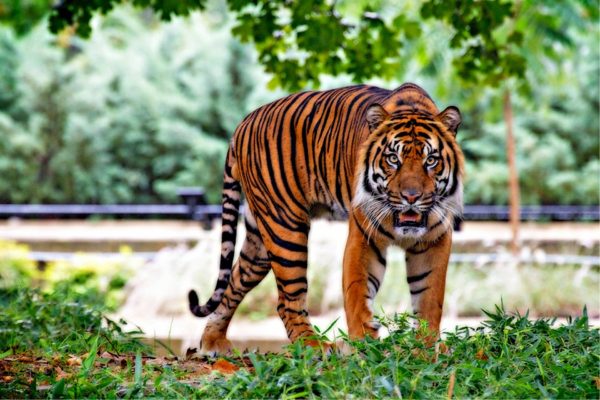 Despite increased efforts- strict anti-poaching laws, to save the Sunda (Sumatran) tigers from becoming extinct, the population remains critically endangered.  The Sunda tigers are an important indicator of the forest’s health and biodiversity. Protecting tigers not only indicates healthy biodiversity but also benefits humans. WWF is doing groundbreaking work in the central Sumatra by identifying wildlife corridors that require protection and breeding grounds to double the population by 2022.  Source: https://www.worldwildlife.org/species/sunda-tiger Check out this Sumatran Tiger tote bag from our wildlife collection. The eastern lowland gorilla is an impressive animal with shorter hair and teeth and longer arms than other Gorilla species. It is also the largest of the Gorilla subspecies. Due to habitat loss from the threat of poachers, human encroachment and deforestation, the population of Eastern lowland Gorilla have crashed to less than 4000 individuals. 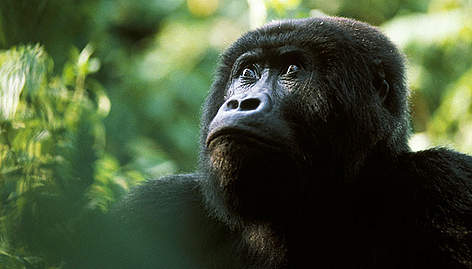 WWF is making efforts to conserve the declining species that once numbered to around 20,000 individuals, by reducing the threat of human encroachment and poaching in Kahuzi- Beige National park.  Source: https://wwf.panda.org/knowledge_hub/endangered_species/great_apes/gorillas/eastern_lowland_gorilla/ Our new Eastern Lowland Gorilla tote bag is designed to spread awareness about the plight of this declining species. Cute, cuddly, and cool, Giant Pandas are everyone’s favorite. But this adorable species is critically endangered. The last census carried out in 2014 found that there were only 1,864 giant pandas alive.  Along with playing Po, the cool, adorable panda in Kung fu Panda, these giant species play a crucial role in china’s bamboo forests by spreading seeds and aiding vegetation growth. By protecting them, we are helping to safeguard the broader environment. The panda’s mountains in china provide economic benefits such as tourism, fisheries, agriculture, and hydropower by forming watersheds for Yangtze and Yellow river. 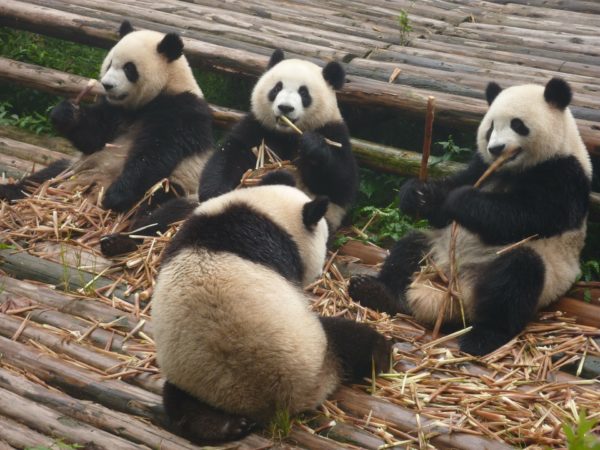 WWF is at the forefront of carrying conservation projects in China by setting up nature reserves, and research and monitoring work to record panda movements.  Source: https://wwf.panda.org/knowledge_hub/endangered_species/giant_panda/whatyoucando/ Check out this cool Panda tote bag from our animal collection. Did you know that the Giant Otters can grow up to 2.5m in length! And they’re amazing swimmers, we’ve been told they could compete with Phelps! But our frisky giant otters were nearly wiped out from the Amazon River due to the high demand for tier fur. But banning fur trade has not done much for this endangered species. The Giant Otters still face several threats like deforestation and illegal coal mining activities in the Peruvian Amazon. 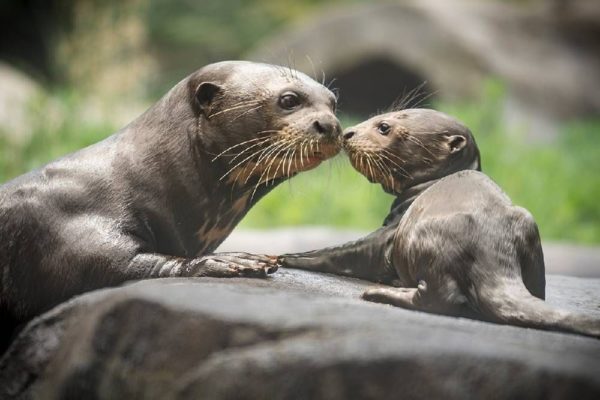 According to the IUCN Red List (2006), there are a total of 5000 Giant otters left.  Source: https://www.iucnredlist.org/species/18711/21938411#population This colorful frisky otter tote bag from our wildlife collection is our attempt to raise awareness for the declining species. While bodies like the WWF and IUCN are making conservation efforts, we as individuals can do only much as donating for the protection of our species.  But change starts with awareness. As a sustainable start-up that cares for the planet and our ecosystem, we have curated a collection to make people aware of the pitiful circumstances of these endangered species.  How EcoRight is raising awareness? Through our wildlife collection, we intend to evoke universal sympathy and awareness for the plight of Giant Otters, Sumatran tigers, Giant pandas, Black Rhinos, and Eastern Lowland Gorillas, all of which are facing serious threats of extinction. Our limited collection features pop-art to highlight these animals that are being neglected and make their presence felt.  How can you help? Spread the word: We’ve always believed that art is a compelling medium to send a strong message across. By carrying a bag from our wildlife collection, you are not just carrying art, you are carrying a statement that is hard to ignore.
Tags: Animal collectionAnimal printed bagsEastern lowland gorillaEndangered animalsGiant ottersGiant pandasSumatran tigersWildlife collectionWildlife species

Things you should know about Plastic-Free July [A quick guide]

How nature can help protect us from pandemics